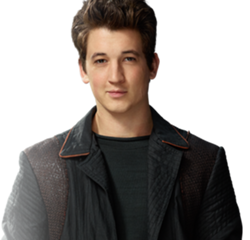 Peter Hayes is a central antagonist in Divergent, who was originally from Candor and is one of Tris' mortal enemies. Throughout the course of the first novel, Peter is shown to be cruel, antagonistic, ill-tempered, and easily jealous.

He is usually seen with his two lackeys, Molly and Drew and his behavior is often unpredictable and violent.

Peter transferred from Candor to Dauntless at the beginning of the novel. During Dauntless initiation he constantly mocked Tris and her friends.

He was usually second to Edward who was the only person who could best him in fights and other Dauntless activities. Peter is the person who stabbed Edward in the eye to guarantee his place as number one in rankings.

In the second part of the initiation he is shown to be second to Tris with a total of eight whole minutes in the simulation.