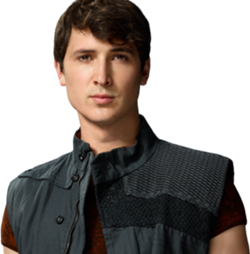 Will was a transfer from Erudite. He had memorized a map of the city for fun, and memorized the manifestos of all of the different factions.

During initiation, he met Tris, Christina, and Al, mainly because he wasn't friends with Edward and Myra and didn't want to be a third wheel to the couple. These four constantly fought against Peter, Drew and Molly.

During Visiting Day, his sister, Cara, visited him. When he introduced Tris to Cara, Cara was rude, especially to Tris' mother because they were from Abnegation, and worsened his association with Tris.

When Tris threatened to punch Cara, Will defended her, and Tris' mother prevented any conflict.