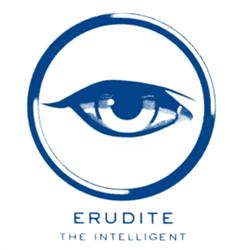 Erudite is one of the five factions in the world of Divergent, the one and only faction dedicated to knowledge, intelligence, curiosity, and astuteness.

It was formed by those who blamed ignorance for the war that had occurred in the past, causing them to split into factions in the first place.

Their substance for the Choosing Ceremony is water.

Its leader, Jeanine Matthews, is the main antagonist of Divergent and Insurgent.