Erudite faction, selected solely based on her IQ score. She is the main antagonist in the novel, and seeks to form an alliance between Dauntless and Erudite against Abnegation. This is a mobile app for Divergent Fans. We have information, news, activities and quizzes about Veronica Roth's Divergent universe." > Jeanine Matthews Character Information and Images - Divergent App - Edbydesign.com 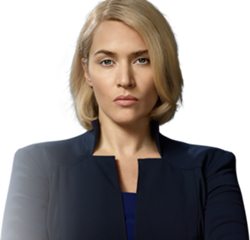 The leader of Erudite faction, selected solely based on her IQ score. She is the main antagonist in the novel, and seeks to form an alliance between Dauntless and Erudite against Abnegation.

Jeanine Matthews is the Erudite faction representative. She makes many articles based off lies about Abnegation in order to smear bad faith towards the faction. This tactic would lead to people doubting whether Abnegation is actually selfless but rather a faction hoarding greed for themselves.

She, along with Eric, began the second war. She created a serum that would allow her to control people into killing off every Abnegation member.

Knowing that the serum didn't work in the Divergent, she creates a second serum; which she uses it on Four, leaving him in a simulized state.

She was motivated to do this because she knew the truth about the factions and did not want to go back to the rest of the world, but rather stay in the factions with Erudite in control so that they would never leave the factions.