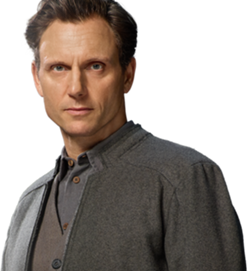 Tris and Caleb’s father, husband of Natalie Prior. He was born Erudite, but moved to Abnegation to start a life with Natalie. He is a member of the city council, a group of Abnegation who govern the entire city.

Andrew Prior was the father of Tris Prior and Caleb Prior and the husband of Natalie Prior. He was a member of the city council, a group of Abnegation tasked in governing the city.

He was like most Abnegation people, except for when his children left him. His wife described his reaction as being "selfish", and to be selfish is a very bad thing in Abnegation.

However, in the end he still loved his children. Andrew Prior was born Erudite and his parents were friends of Jeanine Matthews's. He was a descendant of Edith Prior. He was killed at the end of Divergent